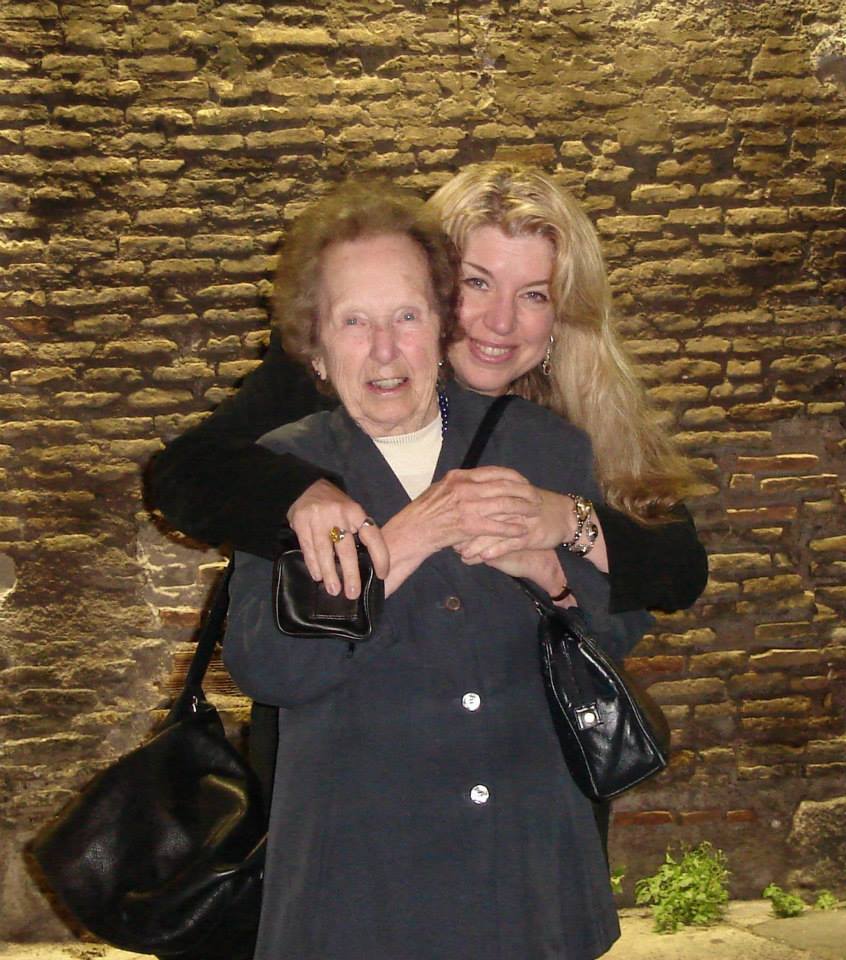 Verna Parino, long time Mill Valley resident, passed away peacefully in her sleep on the morning of June 20, 2015 after a long and adventurous life.

Verna Duren Swanson was born in 1916 in Minneapolis, MN to Lillian and Edward Swanson, joining older brother Roger. She graduated from Marshall High School, (with honors) in 1935; from the University of Minnesota in 1939; and from the Minnesota School of Business in 1940. She was active with the Eastern Star and sang with her church choir, beginning her great love of music. She worked at the Mayo Clinic in Rochester before moving to San Francisco six months into World War II. There she worked for the Red Cross in various capacities including as secretary for the Speakers Bureau, and driver for the bloodmobile and motor corps where she garnered the nickname “Hot Rod Verna”. She also worked for United Airlines and started her first Girl Scout troop in 1945; those Girl Scouts still get together each year on the first Saturday in December.

Verna married Richard Parino on May 26, 1951 at the First Methodist Church in San Francisco and they honeymooned aboard the SS Lurline to Hawaii. Richard had served as a technical sergeant during the war and worked for Granat Brothers as a jeweler before becoming an apprenticeship consultant for the Department of Industrial Relations for the State of California.

Soon after moving to Mill Valley, daughter Catherine Lynn was born in 1956. Verna became active in the PTA, the Outdoor Art Club, the Audubon Society, was president of the Community Church Club, taught Sunday school, and once again became involved in the Girl Scouts as Leader, Neighborhood Chairman, and founding Richardson Bay Association Chairman. Richard became active with the Mill Valley Park and Recreation Department, secretary of the Youth Activities Committee and was instrumental in the founding of the Mill Valley Recreation Center.

After Richard died suddenly in 1967, Verna went back to work, studying real estate and working as a property manager at local realty companies to support herself and her young daughter. She also began to truly indulge her passion for symphony and opera, which had first garnered her attention from the Met broadcasts she heard on the radio in the 1930s, and had loved listening to with her late husband. Being of Scandinavian heritage and having studied German in school, she was naturally drawn to Wagner’s epic Ring cycle. Soon she was touring around the world to see operas, became a volunteer with the San Francisco Symphony, and joined the Marin chapter of the San Francisco Opera Guild and the Wagner Society of Northern California.

From Terri Stuart, president of the Wagner Society of Northern California: “Verna scoured the globe and invited scholars to visit the many Guild Chapters to lecture about the San Francisco Opera’s performances each year. Along the way she befriended many scholars, authors, artists and singers. Nothing invigorated Verna more than sharing her love of music, opera and Wagner with others. “

Verna was a published author with 27 reviews in Wagner Society publications, and was perhaps best known for a “Wagneriaani” review of the 2010 Ring production in Los Angeles which began “When a ‘nice little old lady’ has to stop at a nearby sports bar for a double cognac and loud rock music to recover from a performance of Das Rheingold, you know something is wrong.” She has been interviewed extensively about her expertise on the Ring for publications around the world and was featured in Terry Quinn’s 2013 book “Richard Wagner: The Lighter Side”.

Verna is survived by daughter Cat Taylor Overstreet, who followed her mother’s footsteps in financial matters, musical attributes and arts organizational skills, running a bookkeeping business, playing acoustic and electric violin in numerous ensembles and as entertainment director for the Great Dickens Christmas Fair. Verna was happy to be in attendance when Cat married artist, actor and director Peter Overstreet in 2008 and visited most of Cat’s performances and events, making friends and disseminating musical wisdom.

At 2:00 on August 9th, we will gather for a traditional memorial service in Mill Valley, followed by a Wagnerian-themed Celebration of Life. Please click the Eventbrite link if you are interested in attending, but please be aware that space is limited.
https://www.eventbrite.com/e/memorial-and-celebration-of-life-for-verna-parino-registration-17910878921
You may also leave thoughts and photos at http://verna.parino.muchloved.com